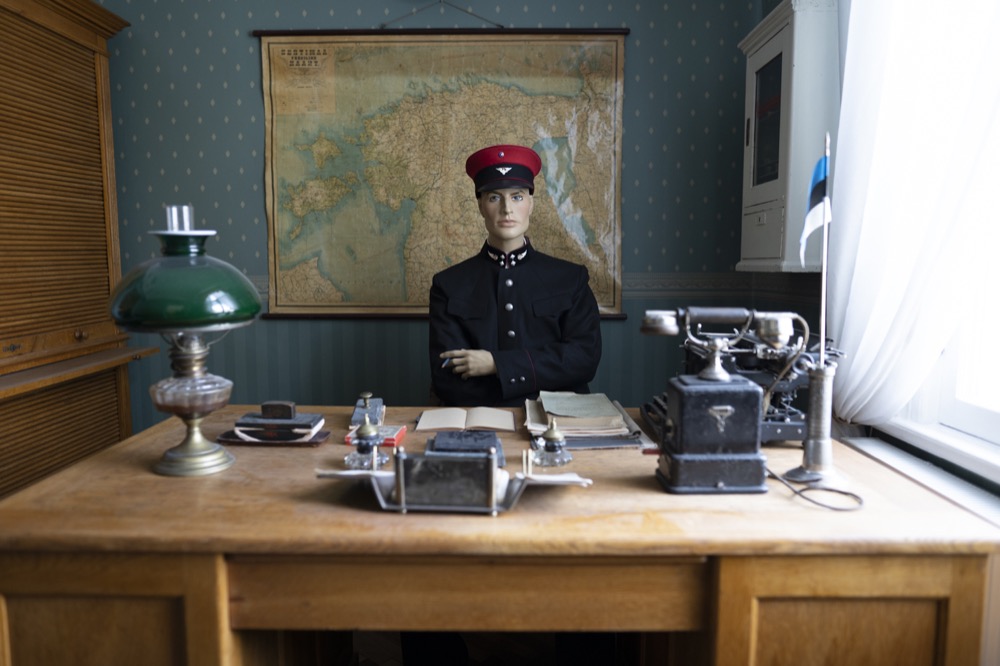 A man with the red hat

The most important official at each railway station was the stationmaster, who, along with the overall management of the station, had a number of other duties from managing freight operations up to supervision and station supply. When dispatching the train from the station, he took responsibility for its safe and free ride to the neighbouring station. At the smaller stations, the stationmaster had to sell tickets or act as a postman. On the railways of the Republic of Estonia, the shift of the stationmaster was usually 12 hours, followed by a rest period of 24 hours. He also had to be at the station when there were no trains running. The stationmaster might have had one or several assistants who were called station managers. The stationmaster’s assistant acted as a full-fledged stationmaster during his shift. From the tsarist period to the 21st century, the uniform cap in red has been characteristic to the stationmasters and -managers – to make the command giver visible from the distant. The first known stationmasters of Estonian origin in Estonia have been Kadrina’s first stationmaster Aleksis Kreutzwald, and Rudolf Romm, the head of Püssi station since 1886. In the spring of 1916, due to the shortage of officials in the tsarist state, female representatives were for the first time appointed as assistants to stationmasters. In Estonia, the first known woman took up such position on 1 March 1919, when a young lady Vanda Antonie Mode (later Kruus) from Märjamaa became the assistant to the stationmaster at Lelle station of the narrow-gauge Pärnu-Tallinn railway. On the broad-gauge railway, Ksenia Müllerson (later Laurisson) was appointed to the same position a little later. The museum has a stationmaster’s office with the original furnishing from the early 20th century dedicated to this responsible position.