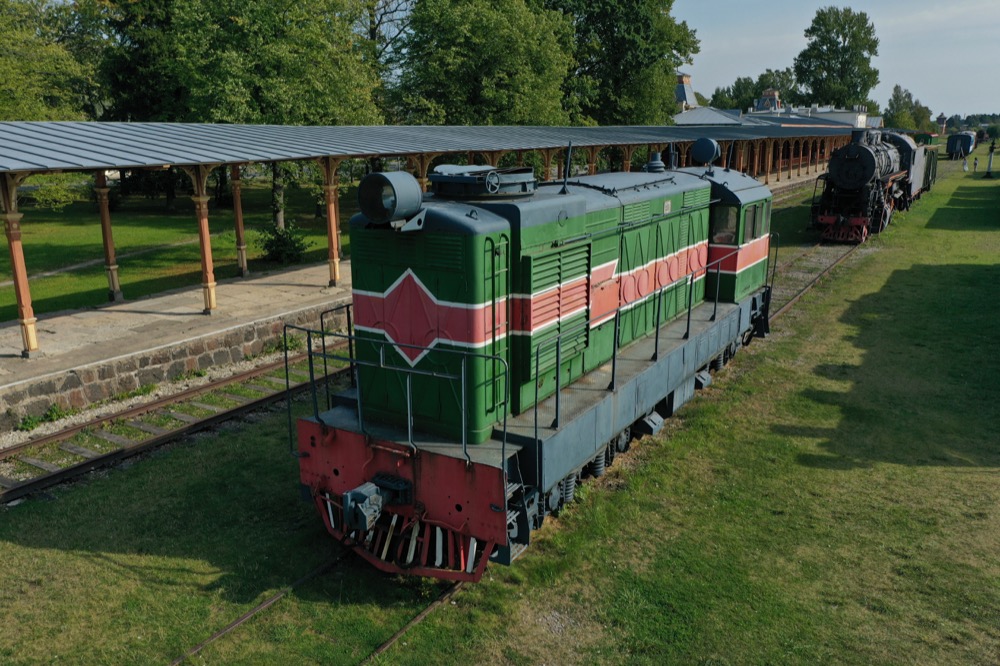 The diesel-electric locomotive VME1-116 (ВМЭ1-116) was produced in Hungary in 1961 at the Ganz-MAVAG Works for the Soviet railways and delivered to the Latvian Ventspils depot. In March 1971, the VME1-116 was sent to Tallinn, where it operated as a shunting locomotive at the Tallinn and Ülemiste stations and port for over 20 years, the last of which were spent on depot sidings. On May 8, 1998, the vehicle was transported to Haapsalu to be exhibited at the Railway Museum. The Ganz-MAVAG Works produced this model in 1954–71 for hauling and shunting lightweight trains on European railroads. Nearly 400 locomotives operated on Hungarian railways as the class M44. Polish railways acquired them as class SM40 (and SM41), Yugoslavian railways used approximately 100 locomotives as class 641, the Bulgarian railways used them as class 51, and the Czechoslovakian railways as class T 455.0 (5 items).
From 1958 to 1965, the locomotives were delivered to the Soviet Union as class VME1 (ВМЭ1) and VME2 (ВМЭ2) – a total of 310 units. The VME1 locomotive uses a direct current diesel generator. The Ganz-Jendrassik four-stroke V-16 diesel
engine produces 600 hp with the crankshaft rotating at 1,100 rpm. The maximum speed of the locomotive is 80 km/h; its operating weight is 75 tonnes. The first VME1 locomotives – the first post-war broad-gauge dieselelectric locomotives – were delivered to Estonia in the summer of 1960. They were mostly used for shunting, but also for transporting lightweight commuter trains before diesel trains were introduced in 1965. In the first half of the 1970s, the Baltic railway used 59 of their 61 class VME1 locomotives in Estonia. When more powerful shunting locomotives came here in the 1980s, class VME1 locomotives were retired and scrapped. By 1991, only two class VME1 locomotives remained in Estonia