Two pints of booze and a locomotive having a swim 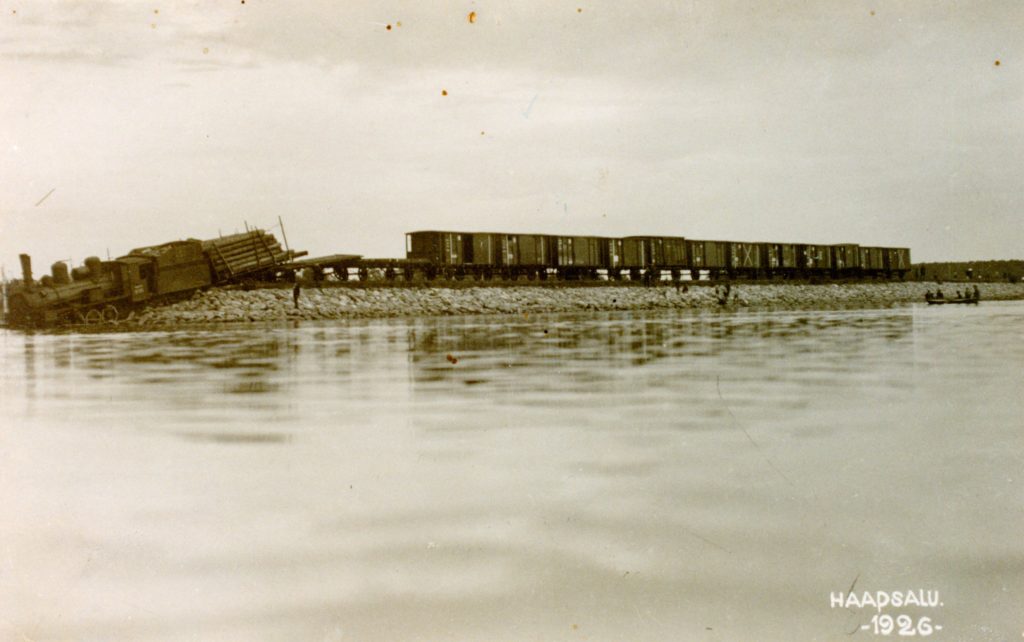 For nearly a century of train traffic in Haapsalu, they have had relatively few accidents. Of those lone incidents, one of the most memorable was on 29 July 1926 at about 3.45 p.m. to a train that shunted straight to the sea.

The steam locomotive Ov 155 (built in 1903 at the Nevsky factory, formerly Ов 4534) was hauling three full and twelve empty freight cars to the station, moving from line 4 to the so-called seaside dead end with a length of about 150 fathoms (320 metres) to take turn 1 and transport the carriages to line 1. The dead end ran alongside the dam all the way to the Haapsalu Bay and ended with a barrier of bent rails and blocks. When the train had reached this road and its backside had passed the turn, switch operators who led the shunt signalled for the train to stop. The locomotive did not react and continued to move at full speed. It bumped into the barrier of blocks, crushed it, and dove all the way from the fathom-high dam (2.1 metres) to the sea and sank boiler-deep into the water. The accident severely damaged the locomotive and the three carriages that bumped into each other, while the carriage loaded with logs right behind the locomotive ran off the rails. This potential death-trap was a happy accident for the three-person locomotive crew, who only ended up with a shock and some bruises. The crew was lucky because the tender did not contain any fuel. The locomotive was supposed to serve an afternoon train, but the latter did not depart.

At the same time, a railroad cleanliness committee happened to be in Haapsalu and required an immediate explanation on the reasons of the incident. The guilty party was quickly identified: the committee ascertained that the locomotive driver and his assistant were ‘both in an intoxicated state’. The committee wrote, ‘one could easily smell vodka, their stand was unsteady, their heartbeat was 132’. The committee also discovered a one-litre empty bottle of vodka from the locomotive driver. There were no sufficient methods at the time to detect intoxication on the locomotive stoker, although he had obviously tasted his share of the booze. The stoker was re-examined again at 6.20 p.m. and the committee ascertained that his ‘stand continues to be steady, no signs of intoxication can be identified, but one can detect a slight smell of vodka’.

The committee that handled the investigation proposed to fire the locomotive driver and his assistant immediately under Directive No. 384 of the Station Master of 1925, but the stoker should receive a lighter punishment: a severe demerit. On 18 April 1925, the Station Master Villem Reinok issued a clear and severe order: ‘Anyone performing official duties in a non-sober state must immediately be released for being non-compliant to perform service obligations, taking into consideration no excuses or pleas.’ In reality, the punishments were not that severe. The ex post facto Directive No. 513 of the Station Master of 15 September 1926 declared Uno-Friedrich Juse, a 36-year-old freight locomotive driver of the Tallinn Transport Department, and Jaan Sprogis, an authorised assistant to the locomotive driver, as non-compliant for rail services and they were re-positioned on 21 August 1926 as low-paid locksmiths with a daily wage of 106 marks and 88 pennies (their former monthly wages had been, respectively, 6,200 and 5,500 marks a month). The 34-year-old stoker Voldemar Milka (1892–1944, changed name to Jaan Raiend from 1939) received a severe warning for ‘violating service obligations’ at the Haapsalu station on 29 July 1926 and released from duty in case of a next offence. Uno Juse and Jaan Sprogis were also judicially punished: the Tallinn-Haapsalu District Court decision of 12 May 1927 pursuant to section 763 of the Penal Code for ‘being in an intoxicated state, missing signals, and speeding on shunting’ sentenced Uno Juse a three-month and Jaan Sprogis a one-month imprisonment with probation if they did not commit any offences over three months. Despite everything, Uno Juse was already working as a motorised carriage driver in 1927 at the Tallinn and Valga Transport Department and was one of the first persons in Estonia to steer motorised locomotives with petrol carriages, and later became a class I locomotive driver. 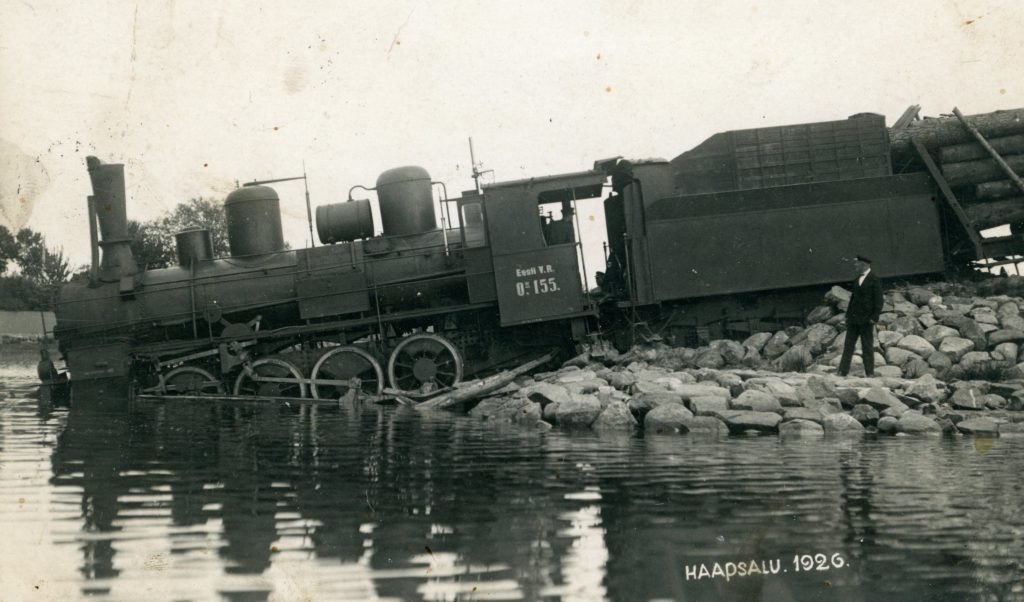