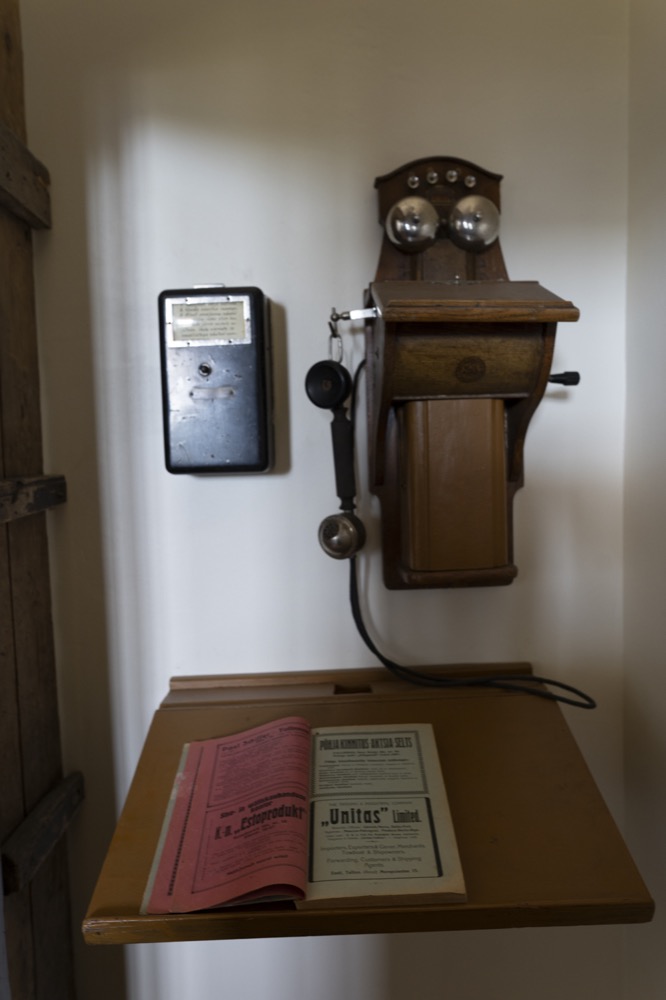 In independent Estonia, at the expense of the state, public telephones for everyone’s use – telephone call points – started to be installed in state and private companies, railway stations, community centres, postal agencies and on the streets of towns, small towns, and villages. When in 1926 there were 254 such call points in Estonia, then in 1937 there were already 1660. Initially, such a call point was only equipped with a crank phone, which had to be paid for by the person responsible for the call point. In the autumn of 1923, for the first time in the telephone call point of the main post office of Tallinn, the new products of the Tartu telephone factory were tested – automatic cash registers. At the public telephone call points of the railway stations, the automatic cash registers became hereafter mandatory, but not widely used elsewhere. The station manager was responsible for the call point with the automatic cash register at the railway stations and had to assist customers if necessary. On the streets of a town and small town, call points were allowed to be opened only in an appropriate “box or kiosk” or telephone booth. In the offices, the call point may have been in a separate call cabinet but not always. On 1 May 1925, a call point was opened in the Haapsalu station building with the automatic cash register. In this surviving call cabinet, the museum displays the telephone call point with an automatic cash register from the 1920-30s as a predecessor to the public pay telephone. Public pay telephones came to replace the former public call points during the Soviet period. On 1 June 1991, the launch of the first NMT450 mobile network heralded in the mobile era in Estonia. In 1993, with the arrival of the first card payphones arrived, the Estonian Mobile Phone was already developing a mobile network based on the GSM technology. The lifetime of card payphones was quite short due to the rapidly developing and spreading mobile communications. From 1 December 2010, Estonia became the first country in the world where the payphone system was entirely terminated. 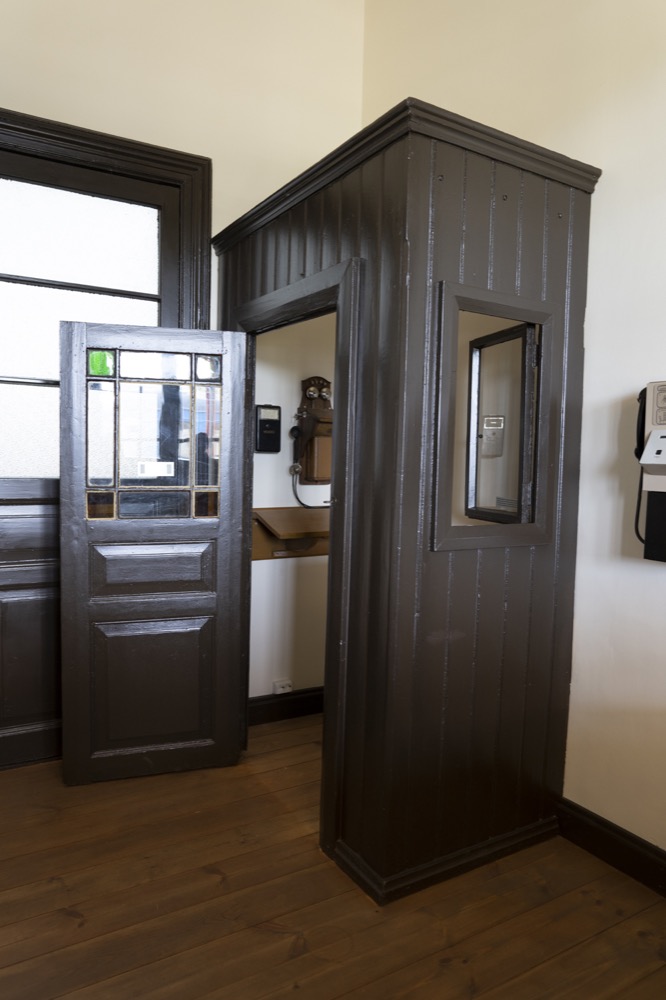